Gildedware.About has been installed!
HACK THE PLANET!!! 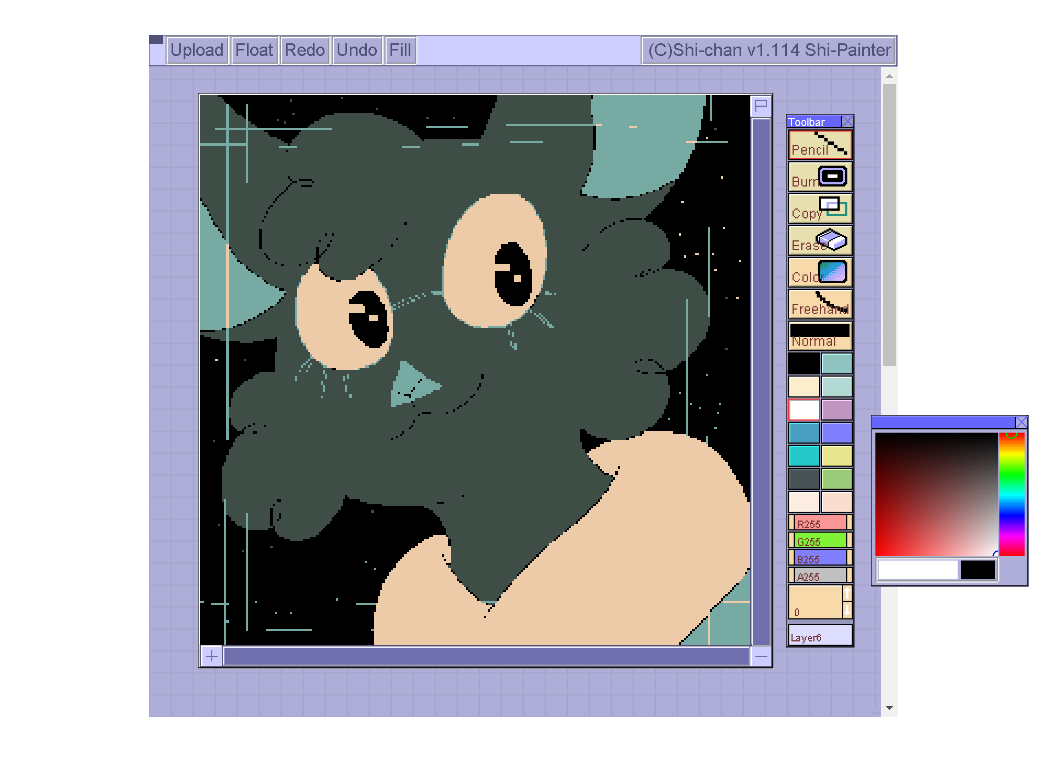 Hello! I'm Gilda, also known as Gildedware or GildedPhD, and I'm the fucking webmaster of this website. I was born on July 1st in the (increasingly far off...) year of 1994, in Brazil. I aim to use Neocities as a hub for myself and my works, rather than host my stuff primarily out in social media and hope for the best. Also, my pronouns are she/they!

I'm a big nerd about art who loves having fun and indulging in my passions!! I'm an artist and storyteller who loves working with illustration, animation, photography and art history. My new handle for art-related things is Gildedware, but I'm also known as GildedPhD. I'm the girlfriend to the wonderful Goofpunk!

Basic DNI criteria applies here. Meaning, do NOT interact with me or my work if you're a bigot (racist, transphobe, homophobe, TERF, Nazi etc.), proshipper, pedophile, zoophile, any of that shit.

Gunning for a personal site in lieu of cultivating a big social media presence directly on, say, Twitter or Instagram seems like a bit of an unusual choice, doesn't it? Especially given I'm an artist, and people usually assume artists want to grow big followings on platforms like that.

There's honestly a lot I want to say about the subject, but first and foremost it comes down to two main things: Because personal websites are something both incredibly meaningful and comforting to me, and because I have a particular dislike for the modern environment of social media in general.

I was born in 1994 and was lucky enough to see the Web 1.0 of yesteryear. Websites on Geocities and Tripod and Freewebs and Angelfire, petpages on Neopets, Oekaki boards, forums, chatrooms, you name it, I saw it! That was a point in time where web users could (and did!) express themselves however they wished in their own little corners of the web. I spent many many hours doing things like bouncing from site to site (often through the little 88x31 buttons people used to link to one another), reading people's petpages on Neopets and grabbing the MIDIs and MP3s whenever a page had one, drawing on Oekaki boards and changing my forum avatars and signatures so they had cool graphics and nice BBCode.

Of course, I'm not saying the internet was a perfect halcyon era back then, not at all. But it really felt like self-expression was worth something. There was this air of fun and exploration about the World Wide Web.

The mainstream internet I see today is a completely different beast.

A huge chunk of the web of today has been taken up by six or so websites owned by megacorporations, in which users like you and I are definitely not the priority. The only importance users have is in regards to their personal data (which gets collected to be used and often sold) and how much time they spend on the site and thus how many ads they see. Users are valued only by how much profit they can bring to the corporations that own these sites. Individual self-expression has no place here, it gets suffocated by algorithms that work in increasingly bizarre ways and forces the users (many of which get commodified into the title of “content creator”) to go out of their way and try their best to please the fickle computer gods. Do it correctly, and your work gets flung into the endless stream of content in other users’ feeds to be seen for a few seconds before they move on. Do it wrong, and your work gets thrown into the void without even being given the chance of being seen.

That's without even going into the secondary effects that come as a consequence of the way both social media and its algorithms are designed (e.g., fostering an incredible negative and aggressive environment in the platform because said algorithm rewards people when they fight since technically that’s engagement; parasocial relationships completely out of control, and so on). All in all, it’s just a terrible experience for the user and for me personally, it’s both overwhelming and completely tanks my mental health for countless reasons. I don’t like being a commodity generating “content” for the sake of keeping people entranced in the site, should the algorithm even pick it up…


Not that social media doesn't have its positive effects (such as allowing people to get to know each other and allow one to have contact with information and also other people’s work more easily), which do make it feel like it’s a necessary part of being an artist nowadays, but I feel like it comes despite the design of social media, rather than because of it.

So of course, learning about Neocities was a game changer. I've always loved the look and feel of the old web, and now people were reviving it? That was incredible! I made my Petz* website first, back in 2019, and two years later I started working on this site. That was also when I learned of the Small Web initiative, in which the user takes control of their web experience and is allowed to express themself in a way not afforded in the big corporate websites. It's amazing seeing others having the same sort of feeling I did and finding the same type of comfort in Web 1.0 and personal sites! I'm very happy to be participating in it by making a website of my own.

With how ubiquitous the corporate web is, it’s very hard to stay completely out of it. (especially as an artist, as it offers platforms which do end up being a way to allow for people to keep up with my work, since not everyone is looking to leave social media) But I can make a cozy, enclosed space here with a defined purpose. I can feel like a person here. I might have to fling my work out like skipping stones into the stream of fast-paced, fleeting content, but afterwards I can come home to my digital house and garden. Come in with me! I've just brewed some coffee and I'd like to share it.

*series of virtual pet games from the 90’s, one of my favorites